In late November, the ongoing dispute between the Israelis and the Palestinians reached a new height as US President Donald Trump announced the formal recognition of Jerusalem as the capital of the former. Though unsurprising, the move that has long been a key promise of Trump’s presidential campaign did not bode well with the rest of the world particularly among the Muslim countries.

Trump’s so-called “recognition of reality” was quickly dismissed by world leaders, considering the sensitivity of the issue. The recognition of Jerusalem has always been a sticking point in the Middle East peace process as it is not only revered by the Jews but to the Muslims as well. By recognizing it as the Israeli capital, the process to achieve a permanent settlement between the Israelis and the Palestinians as some have pointed out will likely to face more obstacles in the future.

Besides international concerns, protests also erupted in many cities across the globe that at times turned deadly. The protests were particularly evident in the Muslim world where large turnout was recorded. Weekly protests were held at the US embassies and consulates abroad to press Trump to rescind his decision. An international conference was also held in Istanbul where leaders from the Muslim world condemned Trump’s decision.

During this period, SAFEY continued to provide locations of the protests to its users so that they will be informed about the forthcoming disruptions. Multiple protests were reported in at least two dozen countries over the issue and all relevant information were relayed to SAFEY users prior to the actual date of the event. The following list contains the countries and cities where protests over Trump’s Jerusalem decision were held as according to SAFEY’s database:

Why the status of Jerusalem is so contentious 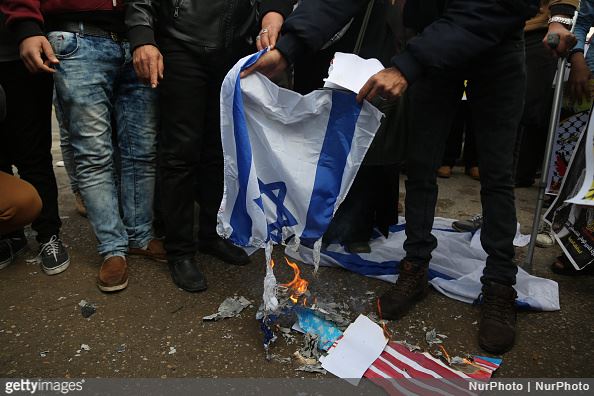