Efficiency has often been used to describe governance in Singapore, a city state that boasts itself with high-class infrastructures as well as one of the most advanced economies in the world. However, less can be said about its Mass Rapid Transit (MRT) system that in recent years has been dogged by a number of high-profile breakdowns that at times brought the city’s transit system to a complete standstill. Despite official data showing that the service is getting more reliable, it is likely to be a complete opposite picture for commuters on the ground who often faced the prospect of being late due to the unpredictable delays.

With more than two million users daily, the Singapore MRT is operated by two companies namely SMRT and SBS Transit, and it has once been known as one of Asia’s best. The frequent breakdowns since 2015 however have cast doubts about the operators’ ability to handle the services amid claims about lack of maintenance. The lack of accountability has also resulted in growing public anger of the system that some have sarcastically petitioned to honor the operator in Guinness Book of Records with the highest number of train delays in a year. A rare sit-in protest was also held at Hong Lim Park in early November over the breakdowns. 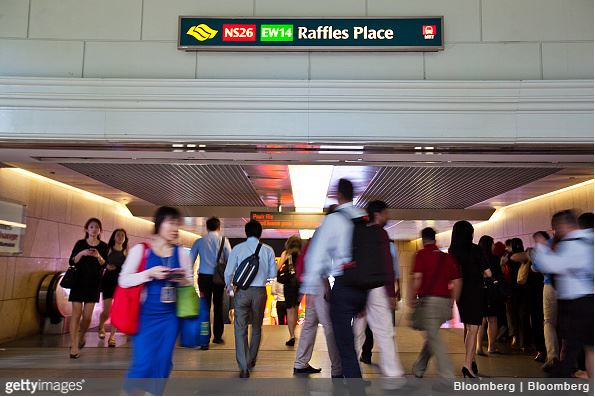 As an ongoing solution, the Singaporean government has already spent millions of dollars in overhauling the network, particularly on the disruption-prone East-West Line and North-South Line. The Transport Ministry also added that the frequent breakdowns are attributed to a new signaling system that will increase train frequency in the future and urged the media to be fair in reporting. This however is unlikely to douse anger from the public that rely heavily on the system in their daily commute and at the same time wanting to reach their destination on time.

Getting users informed about transportation delays is an important feature of the SAFEY app. In 2017 alone, SAFEY has recorded at least 38 incidents of delays (major and minor) on Singapore’s mass transit network. With no end in sight to the ongoing saga, SAFEY will continue to update its users on such disruptions so that they can re-plan their journey while travelling not only in Singapore but also other cities that have high demands for such mode of transportation. This is also evidently more important during the morning and evening rush-hour where most of the journeys of the day are being made. With such information, SAFEY hopes that users can minimize travel delays the next time a train breaks down due to a track or signaling fault.

The following is a timeline of major delays in Singapore since mid-2017 (all times local, GMT+8)