On 25th of September an independence referendum took place in the Iraqi Kurdistan region, where about 93% voted yes to the proposal. As the move for independence was underway, the Iraqi government deemed the referendum illegal and proceeded to forcefully retake key government installation in the region’s urban centers, primarily in Kirkuk and Erbil.

On the 13th of October, the Kurdish Regional Government deployed a large number of troops around Kirkuk in fear of an attack by Iraqi forces, which had been reported to gather military forces south of the city. Three days later, the central government forces began an operation to retake the city, and multiple clashes proceeded to erupt between Peshmerga and federal forces. This lead to large casualties on the Kurdish side as well as large numbers of civilians forced to flee the affected areas. A ceasefire was finally reached on 27th October between government and Peshmerga forces. As Iraq regained control of the region, the Kurdish president Mahsoud Barzani resigned his position, which also resulted in violent unrest in the city of Erbil.

In addition to the armed efforts in the region, the central government in Baghdad requested several Middle Eastern airlines to suspend flights to Kurdistan.

The international community and especially neighboring countries such as Iran and Turkey, also expressed their concern amid the referendum due to fear of further destabilization in the region. This came especially as the terror organization IS still poses a threat in Iraq and the region, and efforts to combat this threat are still ongoing. 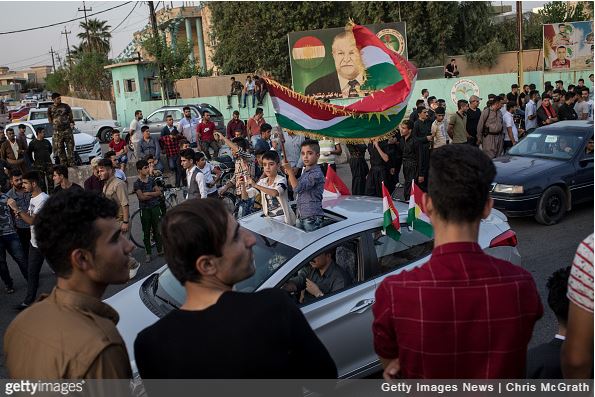 In general, SAFEY sends out weekly updates on conflict-affected like Iraq, due to the numerous amounts of daily incidents. These alerts inform users on recent developments of the conflict, primarily to provide a general idea of changes in the tactical situation and regional control. The aim is to avoid overloading travelers with information on a daily basis, while at the same time providing a more reliable and comprehensive report.

As the situation in Iraqi Kurdistan had potential political and security repercussions in the surrounding region, SAFEY proceeded to send out several alerts as new advancements took place. These alerts primarily focused on establishing the nature and scale of the armed clashes, as well informing users which cities and areas were affected by the fighting.

The violence between Iraqi and Kurdish factions clearly highlight the ongoing instability and subsequent security threats in the region. SAFEY continues to advice against all non-essential travel to Iraq due to the ongoing risk of terrorism and armed conflict.