Political Uncertainty in Zimbabwe and End of Mugabe’s Rule

Once touted as one of Africa’s great dictators, the rule of Zimbabwean President Robert Mugabe came to the brink in mid-November when the military announced a takeover, which many believed was essentially a coup d’état against his government. While the downfall of Mugabe was quick and has so far remained peaceful, many questions still beg for answers with the president refusing to budge amid mounting calls for him to exit gracefully. With an impeachment bid loomed on Mugabe, Zimbabwe’s future also hangs in the balance as the continuous political wrangling could mean more bad news for its battered economy.

The crisis in Zimbabwe erupted when a power struggle between the president’s wife, Grace Mugabe and former Vice-President Emmerson Mnangagwa divided the ruling Zanu-PF party. The turning point of the feud occurred as Mugabe chose to back his wife by sacking Mnangagwa, resulting in dissatisfaction with the military, that later seized control in a bloodless takeover. Regardless of the stated aim, the now under house arrest, Mugabe will likely be significantly weakened and could either nominally remain as president until the transition process is completed or be offered an exit option from the presidency. As it is not known when and how these talks will proceed, there is a risk of civil unrest in the country particularly between Mugabe’s supporters and his opponents. The calmness that described the streets of Harare during the takeover could potentially soon see a turn over if the negotiation for a peaceful transition of power fails. 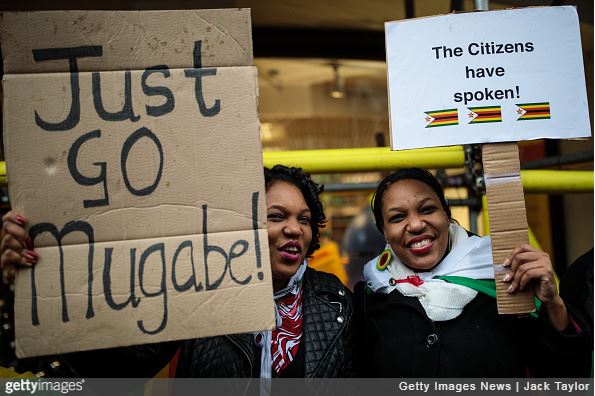 As the military takeover unfolded in Harare, SAFEY continued to provide updates for its users regarding the situation in the city. Multiple alerts some with SMS were sent throughout the night to assure users as well as to advise them to stay indoors. Although communication via internet (3G and 4G) was operating normally, the team of analysts at SAFEY decided to use an SMS as an additional measure so that all necessary information could reach its users efficiently. At least six alerts were sent throughout the night of the military takeover while latest developments in its aftermath such as a major protest in Harare on 18 November was also communicated.

Zimbabwe has always been exposed to high risk of civil unrest as Mugabe’s autocratic rule often put him at odds with the opposition notably the Movement for Democratic Change (MDC) led by Morgan Tsvangirai. The military takeover can be regarded as the turning point in the country’s modern history. For ordinary Zimbabweans, this could well be an opportunity to get rid of Mugabe who has been in power for 37 years, but many will also be asking who and if the next person can lead them out of the vicious poor economic cycle and hopefully put the country back on global competitiveness.

Note: Robert Mugabe has officially resigned as the Zimbabwean President on Tuesday, 21 November

Following is a timeline of the events as well as SAFEY and media reports:

On 14 November, it was reported that military personnel backed by armored vehicles entered the capital Harare amid a feud between the government and the army chief. Despite this, most of the cities remain calm while residents carried on with their lives as usual