In the wake of the end of a three-month ceasefire agreement between the Colombian government and the National Liberation Army (Ejército de Liberación Nacional – ELN), a series of violent incidents attributed to the guerrilla have been reported across the country, counting attacks on oil pipelines and military bases.

Colombia has faced decades of conflicts against two leftist guerrilla organizations: the ELN and the Revolutionary Armed Forces of Colombia (Fuerzas Armadas Revolucionarias de Colombia – FARC). After more than four years of negotiations, the government signed an ultimate treaty with the FARC on November 2016, converting the group into a political party. However, peace talks with ELN militants have yet failed to reach a lasting ceasefire agreement.

Funded by drug trafficking, illegal mining, extortion and kidnapping, most of the ELN attacks address the economic infrastructure of Colombia. On 10 January, the State-run company Ecopetrol confirmed three bombings on an oil pipeline in Arauca Department. At the end of January, more bomb attacks were reported at a police station in Barranquilla killing five officers and leaving several injured. 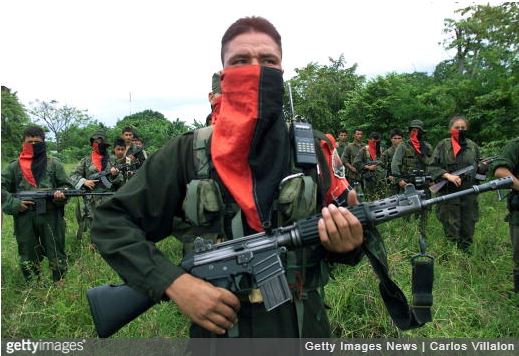 In February, a nationwide three-day armed strike was stated in order to protest the freezing of peace negotiations. A bombing attack was also accounted at the Amarillo Bridge over the Simana River, cutting off access to vehicles between the country’s Atlantic coast and its inland. Another pipeline attack was reported in North of Santander Department. All the incidents were attached to the ELN.

In response to the threat, the Colombian government has recently suspended peace talks with the ELN and has decided to intensify military action against it. Thereafter, it is highly likely the guerrilla will continue plotting offensives throughout Colombia with little or no warning, targeting government and economic infrastructure facilities, public and touristic sites and transportation hubs, among others.

During this period, SAFEY has provided real-time security alerts on the incidents and will continue to update every relevant information in Colombia to keep travelers safe and informed.

The following is a timeline of the events in January as reported by SAFEY:

Following is a timeline of the events in February as reported by SAFEY: