The leaders of both North and South Koreas held a historic summit at the Demilitarised Zone (DMZ) where a declaration was made to end all hostilities. The summit was the first for the leaders of both countries since 2007 and by far the most significant compared to the previous ones. It started on a high note when Kim Jong-un crossed the demarcation line on foot to meet with the South Korean president Moon Jae-in, in which both exchange warm greetings as well as candid moments before kicking off their talks at the Peace House nearby.

As the leaders struck a reconciliatory tone throughout the few sessions, they also agreed on a wide-variety of issues concerning the peninsular and ended the day with a declaration that was signed in front of the international press. The items that stood out the most perhaps were the “common goal” of denuclearizing the peninsula as well as ending the 65-year old Korean War by 2018. Although the details were scant, the optimistic atmosphere created during the summit, particularly on the issue of denuclearization will be likely be welcomed by United States ahead of yet another historic meeting between President Donald J. Trump and Kim scheduled to be held in late May or early June. 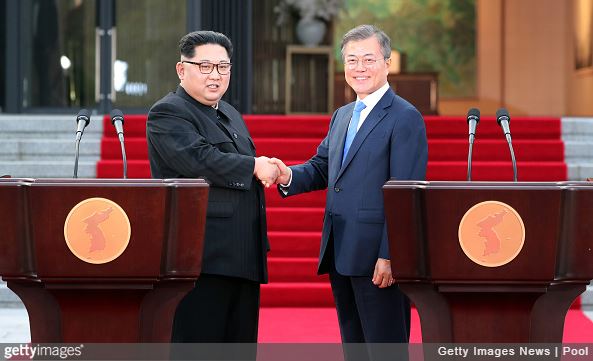 The political crisis in Armenia came to an end when the Prime Minister Serzh Sargsyan resigned after 11 days of street protests. Crowds erupted into jubilations as Sargsyan who had previously served as president announced his resignation after swearing into power barely a week ago. The controversies surrounding Sargsyan began when he reneged on his promise of not seeking high office once the constitutional change to make the prime minister more powerful than the president was passed in 2015. As he was slated to take over the premiership, opposition leader Nikol Pashinian rallied thousands of his supporters to protest in the capital, Yerevan that later spread to other main cities in the country. Clashes were reported as police attempted to forcefully remove the protesters who organized a sit-in near government offices.

Pashinian was later arrested following a brief televised meeting that ended in failure. Amidst the dramatic developments in the capital, Sargsyan eventually conceded to the protesters who demanded an end to strongman rule, and stepped down. While most Armenians have welcomed the move, the opposition had demanded for a snap election in order to allow for a smooth transition of power. Regardless of how the transition would be panned out, the next leader would likely to have the tough job of repairing an under-performing economy, perceived lack of justice as well as emigration issue. 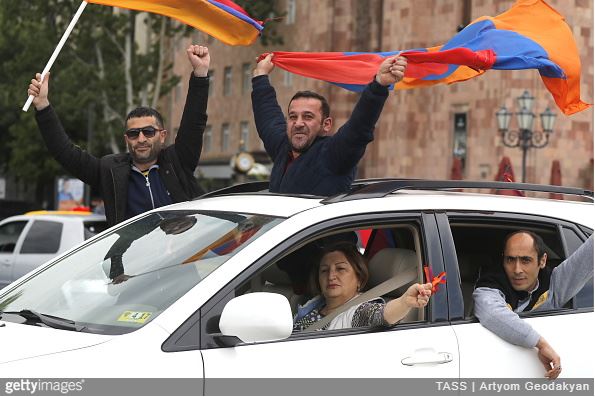 The United States together with its allies France and the United Kingdom launched targeted airstrikes on bases belonging to the Syrian government after accusing the latter of conducting a chemical attack against civilians in Douma, a rebel held area. The strikes as insisted by US President Donald Trump were aimed at limiting the capabilities of the Assad government to conduct such attacks again in the future, instead of regime change. This was the second time such operation was carried out in Syria since Trump took office in January 2017.  Despite this, Russia voiced strong opposition to the strikes and instead blamed the UK for staging the chemical attack on Syrian soil.

The strikes also proved divisive within the North Alliance Treaty Organisation (NATO) bloc with several prominent members such as Canada, Germany and the Netherlands refusing to participate in the military action and urged for talks instead. The strikes were also likely to have minimal impact as some of the chemical stockpiles were stored beyond the three facilities that were hit. Additionally, the strikes also did not reduce the capabilities of the conventional military facilities of the Assad regime in which some of the chemical agents were delivered. While Trump might be tweeting away with the infamous “Mission Accomplished” quote, the road to end the seven-year old civil war in Syria still seems to be far and beyond. 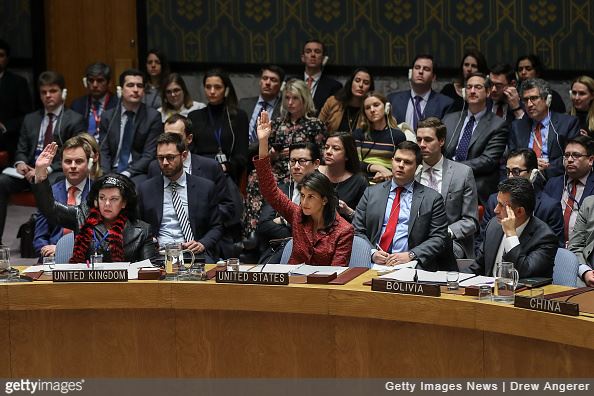 Protests erupted in Nicaragua in April over the pension reforms announced by President Daniel Ortega, who has been in power since 2007. The reforms that sought to reduce pension benefits by 5 per cent had reportedly fueled anger in the poverty-stricken Latin American nation that has seen back-to-back protests since 2014. Although Ortega backpedaled by cancelling the reforms later, the heavy tactics used by the security forces in handling the protesters were believed to have encouraged larger protest movements that denounced his administration as well as demanding him to resign. At least 34 people have been killed while hundreds of others injured in street protests across the country. As Ortega appeared to have given some concessions by releasing the protesters, the Episcopal Conference of Nicaragua (ECN) has also offered to mediate in the dialogue between the government and the opposition in what could be the biggest political crisis faced by him since taking office 11 years ago.

Residents of Toronto were violently shaken when a van plowed through a sidewalk in the city center, killing ten people and wounding 14 others. The incident happened along Yonge Street and became the deadliest vehicle-ramming attack in the history of the country. Police later confirmed that the attack was deliberate, and it was carried out by the 25-year-old Alek Minassian. Although there was no conclusive proof that the incident was related to national security elements, it was still a reminiscent of similar attacks in other parts of the western hemisphere for the past few years. Security was heightened during a meeting of G7 ministers in Quebec while concrete blocks were erected during an important baseball game in the city itself as a result of the attack. 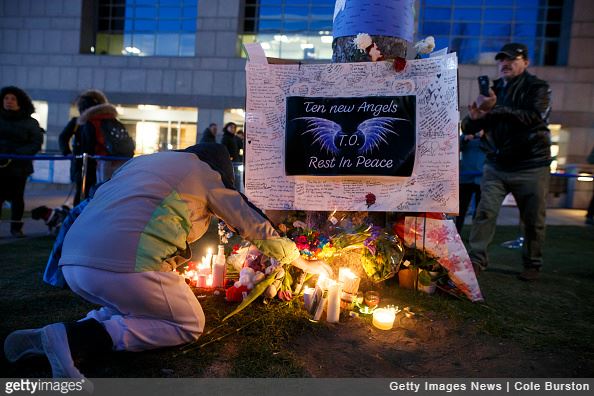