After more than two months, the series of street protests that have erupted over a controversial extradition bill in Hong Kong appeared to have shown little signs of losing steam. Instead, the protest movements have expanded in terms of scale as well as level of violence with scenes of protesters clashing with riot police officers in various parts of the city. At times, such protests also paralyzed movement of commuters and tourists alike, raising concerns on the city’s status as an international hub for finance, trade as well as tourism. What started as a protest against an extradition bill that critics said could be abused by the central government in Beijing has now become what the protesters claimed as their final battle in protecting the democratic rights they hold dear and developments to date seem to suggest that the ongoing stand-off between the government and various activist movements will not end anytime soon. In this special report, SAFEY will look at some of the topics that may come across travelers’ minds when it comes to the protests and what can be done in order to mitigate the effects on his or her travelling plan.

Where the protests have been occurring?

The anti-extradition bill protests have occurred at various locations in the city. Some of these protests have seen participants organizing sit-ins while others have seen them marching toward government buildings, resulting in congestion and road closures along the way. Several areas have become focal points for the protesters, and they are as follows:

Admiralty, Central
The areas around the Legislative Council Building (LegCo) such as Harcourt Road, Tim Wa Avenue and Tamar Park have seen some of the most violent clashes at the initial stages of the protests. At some point, some protesters also managed to break into the LegCo building, occupying it for several hours before being dispersed by the police. The Liaison Office Of The Central People’s Government In Hong Kong also became a target when the national emblem was smeared by black paint by the anti-extradition protesters. Barriers have been put at the location as precautionary measure.

Cross-Harbour Tunnel
On 3 August, large group of protesters blocked the entrance to the tunnel, paralyzing traffic movement between Hong Kong Island and Kowloon. The tunnel was also blocked on 5 August during a general strike in the city.

Hong Kong International Airport (HKG)
The airport has seen its operation being severely disrupted several times in recent weeks due to protesters who moved to occupy the check-in area in the terminal building. Between 11-13 August, the airport saw its operation completely suspended twice, resulting in hundreds of flights being cancelled as well as thousands of passengers stranded. Police officers also clashed with the protesters as they moved to disperse them, resulting in injuries and arrests.

MTR stations and railway station
There have been several occasions in which protesters clashed with police officers inside the station. The most recent one occurred on the night of 11 August when police confronted the protesters at the Tai Koo MTR station. Heavy-handed tactics were reportedly used as the officers apprehended some of the protesters. Additionally, violence had also broken out at the Yuen Long MTR station when a group of mobs who dressed in white shirts started attacking protesters and passengers alike, resulting in 45 injuries.

Police stations
Protesters have also gathered outside police stations to protest against alleged police brutality. Projectiles have been thrown toward the compound previously, though there were no injuries. The police stations that have seen such gathering included the ones in Sham Shui Po, Kwai Chung, Tin Shui Wai, Wong Tai Sin and Tsim Sha Tsui. 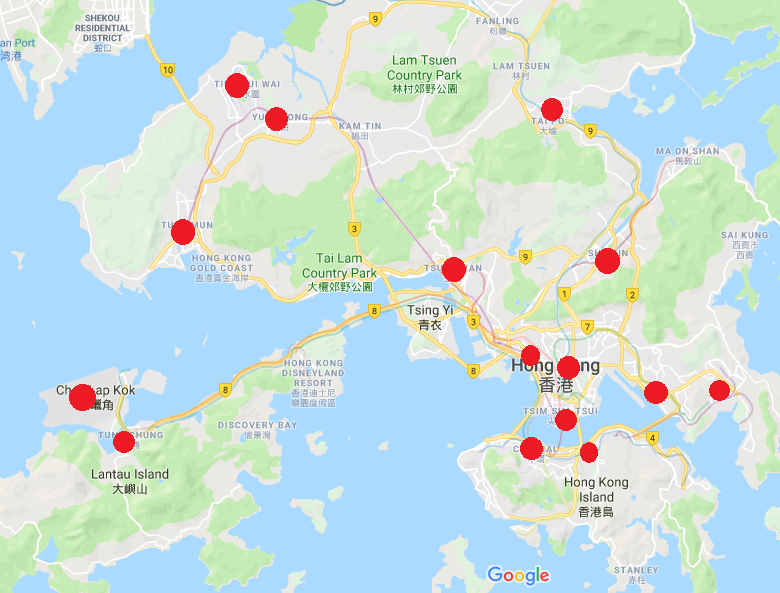 In addition to protests, a general strike was also held on 5 August, resulting in widespread disruption in the city. Flights were cancelled at the city’s airport as a group of air traffic controllers decided to participate in the strike. A number of MTR services also suffered from severe delays as some protesters blocked trains from running on their tracks as well as refusing to let the platform doors closed. Shuttle buses were provided to lessen the impact but many of the city’s office workers still did not manage to turn up on time for work due to congestion and diversions.

What should I do if I am currently in Hong Kong or heading there soon?

While travel advisories have been issued by multiple countries, there are still yet to be any “not to travel” warning with regards to the ongoing situation in Hong Kong. Despite this, some might choose to revise their travel plans to the territory while others continue to carry on with existing plans until situation turns otherwise. Here are some tips that you should know if you are currently in Hong Kong or planning to go there in the foreseeable future.