The recent attack on the streets near Parliament was a reminder to the people of London, and the world, that even in what is considered to be a low-risk country, tragedy can suddenly become a reality. 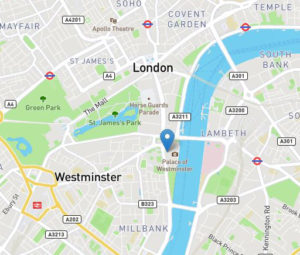 Minutes after the events occurred, the SAFEY Emergency System sent an alert to all users, including a map pinpointing the location of the incident and offering advice to take during the attack. This was a red alert sent from the SAFEY system. In cases of the highest urgency, not only is an alert sent to users as an in-app push alert, but what is critically important is that the message is also sent using our patented SMS system. When communications channels are overloaded during an emergency, or when data service is interrupted or unavailable, there is no more secure means for instantly delivering critical information to users in an affected area.

As events unfolded, SAFEY sent a yellow alert with further details of the attack and advice for avoiding the area.

During the crisis, the SAFEY Emergency System was an indispensable tool for not only the users in the area, but also for security administrators far away. By accessing the SAFEY admin panel, administrators instantly accessed their users locations, communicated as necessary and confirmed their safety. This process will be further enhanced with the roll-out of our SAFEY app check-in feature to be launched in Spring 2017.