The terror attack in Nice, on July 14th 2016, illustrated that the risk of terrorism is still present. France is an extremely popular travel destination, with around 80 million tourists visiting the country every year. In the wake recent of high profile terrorist attacks in 2015 and 2016, many foreign governments have increased the risk level of traveling to France.

Governments around the world are continuously working to improve security for travelers, and local populations alike, yet attacks of this nature are difficult to prevent. A sobering reminder, as the tragedy in Nice alone left 86 people dead, and 303 people hospitalized. 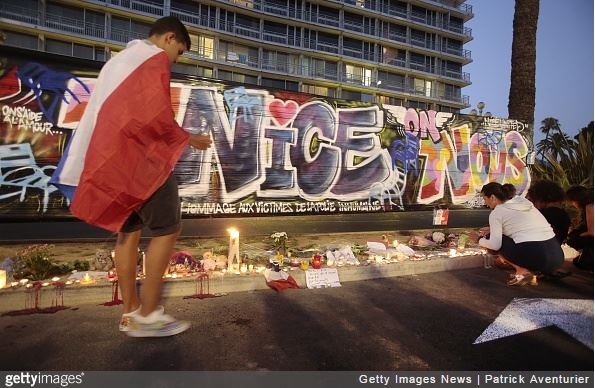 Being prepared for an emergency situation is something that travel security apps can help with. It is vital that people are able to receive information about an attack, during the attack. Having the right information in real-time can help in the chaos following, and widespread confusion during incidents of this nature.

All SAFEY users that visit France are automatically notified, and informed upon arrival that France is a risk area for attacks of this kind.

One user of SAFEY, a security manager at home in Northern Europe, received targeted information and advice from SAFEY on the situation. This enabled him to get in contact, and inform his colleagues on location, and keep them informed as the situation developed.

Some of them were hiding behind tables in restaurants close to the attack. Before the SAFEY information reached them they were unaware of what was actually going on.

In response to these attacks many governments are releasing apps to help counter terrorism. France released their own security app SAIP, that was released a month before the incident; however, the app didn’t send out an alert until 3 hours after the event. Even considering technical shortcomings, the SAIP app is still a great initiative, and more governments should follow suit; however, the SAIP does not reach beyond the borders of France.

Mobile apps are able to send security information to travelers in real-time, through push notifications or SMS alerts. Information straight to your phone can help during a disaster, especially if you’re traveling without knowing the local language.

SAFEY provides alerts for all over the world, and provides contextual security, and transportation information. The goal for SAFEY is to provide the right information at the right time, to keep travelers safe and ultimately save lives.