After the failed coup d’état in Turkey on July 15th, Turkey’s government, and its institutions are now starting to normalize, even though the after effects are still being felt. The seriousness of this event asks many travelers and locals alike, how do you stay safe and informed during a media shutdown?

During the failed coup d’état, international media was able to report on events in Turkey, but many travelers said that it was difficult to find information. Many information sources ranging from social media to traditional media were heavily censored or simply shut down, leaving many people in the dark.

A terrifying prospect, especially when there was a high military presence in the Turkish cities of Ankara and Istanbul. The operation lasted only a few hours, but the safety of civilians was under threat, and infrastructure was heavily disrupted.

This is why it is important to diversify information sources while traveling abroad, as staying informed during unexpected events is how travelers can stay safe. During the media shutdown SAFEY’s analytical team was able to provide real-time alerts to our users, even when censorship prevented our clients from accessing other sources. 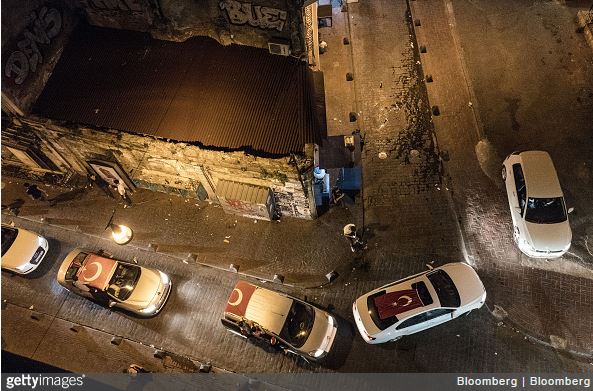 Users of the SAFEY app received updates from our analyst team who send out alerts and SMS to our users in Turkey. Allowing them to stay informed about the dangers and disruptions in their vicinity. Clashes and unrest involving military forces and civilian fighters occurred, bringing insecurity to the streets.

Many important forms of infrastructure were also shutdown, including the major airports in Istanbul and Ankara. The country was finally forced into curfew, and heavily restricting communication. During this time several alerts were sent out by SAFEY, and reached our users as soon as new information was available.

“I was very impressed by how fast I received information and professional support through the SAFEY app.
To get SMS updates  was  very valuable,  especially since local media was heavily censored and social media was obviously blocked or overloaded.”

-Feedback from a SAFEY client on location in Turkey

Months on from the coup, and the increasing terrorist threat, Turkey has been on alert this summer. The country has seen a significant decrease in foreign visitors, as they fear for their safety. Incidents like these are likely to deter visitors, and the need for personal travel safety is higher than ever. The incidents are often unexpected, and whether it is for business or for pleasure travelers should be prepared.